Week One Preview: Tomball versus Stratford 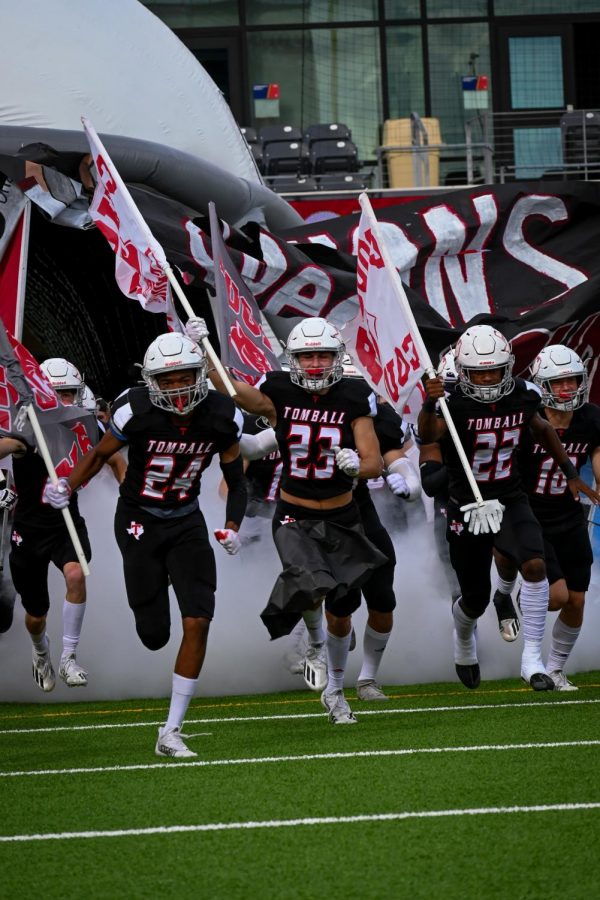 With Texas High School Football starting back up, the Tomball Varsity Football Team takes on Stratford in week one of non-district play tonight at home at the Tomball ISD Stadium. The Cougars are coming off of what some would call a  “Cinderella season”, going five rounds deep, all the way to the state semi-final against state runner up Denton Guyer.

The Cougars are looking to continue that tradition of success under new Head Coach Dave Handal, who takes over for Kevin Flanigan after he was promoted to Head Athletic Director of Tomball ISD. The Coogs face a tough Spartan team who went 10-2 overall, placing 2nd in District 17-6A, going two rounds deep in the playoffs, losing to Katy who also made it to the state semifinal.

Stratford has a history of a strong offense, with returning senior quarterback Nash Rankin who threw for 2,742 yards with 26 touchdowns having weapons such as junior wide receiver Luke Rives who accumulated 1,021 yards with nine touchdowns and 3-star Baylor commit and tight end Hawkins Polley their in the air attack is lethal.

After graduating nine out of 11 offensive players, this new offense has a big task with the Spartans. First year quarterback Carter Noyes has returning Senior offensive lineman Abram Nicklas up front and Senior Christian Womack who rushed for 1,369 yards and 21 touchdowns.

The big guys up front need to give Noyes time
Womack needs to hit the gaps, every yard counts
Receivers need to lead block, allowing Womack to get in the open

With this being only Week One, both teams will need time to shake off the rust but with this being a new team for Tomball, this allows them to get adapted to the game at the same rate of the Spartans, which will likely keep it close all the way to the end.