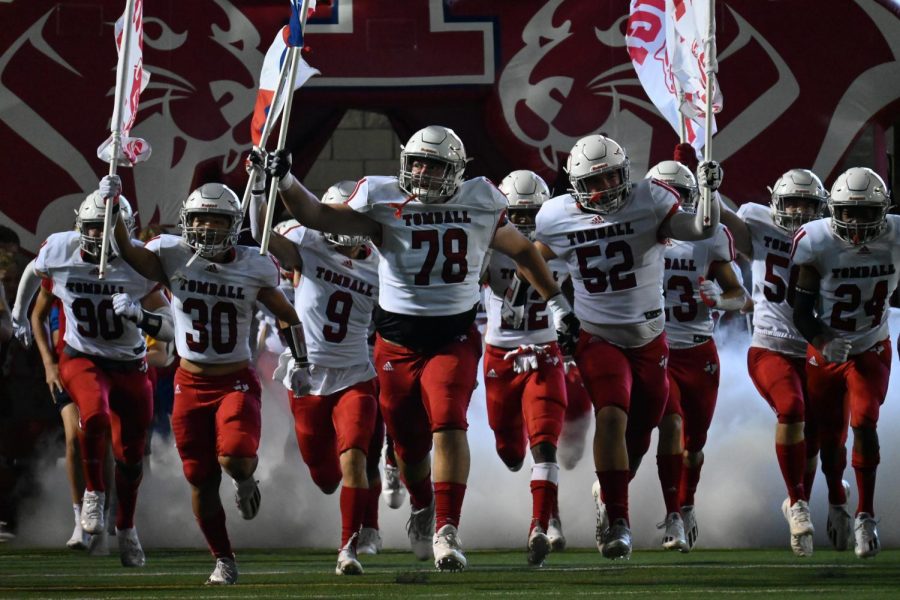 The Cougar Football team runs out of the tunnel to open up the second half against Oak Ridge.

Despite a slow start to the first quarter the Cougar defense kept Oak Ridge scoreless with huge stops in the red zone. Soon after, the Cougar offense matched the energy as quarterback Cale Hellums threw two touchdowns, one to wide receiver Derrick Taylor and the other to wide receiver Hayden Oren.

The Cougar defense also had a blocked field goal attempt as well as an interception.

To start the second half the War Eagles opened up with a score of their own as quarterback Ethan Rodriguez threw his first touchdown of the night. The Cougar offense responded by driving down the field and capped off their drive with a field goal from kicker, Carlos Alvarado.

For the last two scores of the night the running back core of Evan Alaniz and Christian Womack each got a rushing touchdown of their own, closing out the game 38-13.

The Cougar football team begins district play this Friday with kickoff at 7 at the Tomball ISD Stadium against cross town rivals Tomball Memorial for the Patriotic game.

Tickets are on sale now but will likely sell out fast. Remember to order for the visitor side for Tomball – Memorial is the home team.