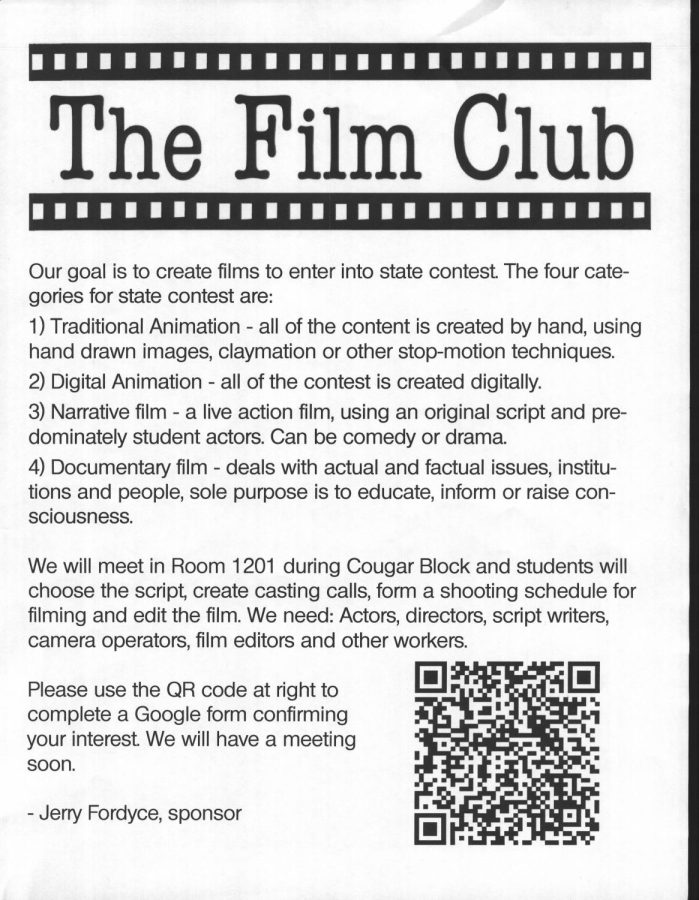 Film club is a fun way to get creative and obtain experience in directing. One of the main goals of the film club is to create films to enter into state contests. The four categories for state contests are:

2. Digital Animation – all of the content is created digitally

3. Narrative film – a live-action film, using an original script and predominantly student actors. Can both be comedy or drama.

4. Documentary film – a film containing actual and factual events, issues, institutes, and people. The sole purpose is to educate and inform.

All meetings will be held in room 1201 during Cougar Block. Students will choose the script, create casting calls, and form a shooting schedule for filming and editing the film. The program need Actors, directors, scriptwriters, camera operators, film editors, and other workers.

Anyone is welcome to join and auditions are not exclusive to film club members. Use the QR code on the flier to register and be pulled from Cougar Block for the meeting.