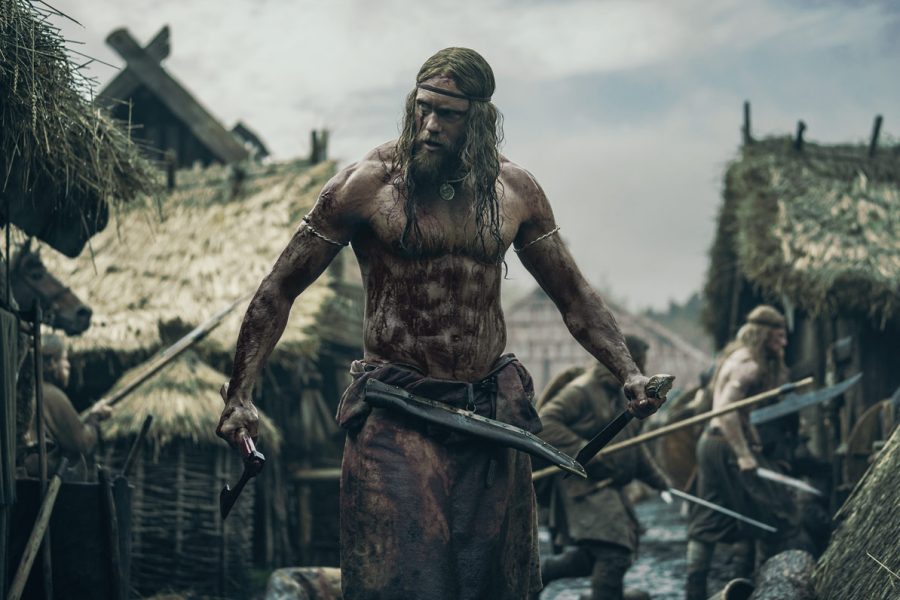 The Northman is in theaters now.

The Northman is an action-filled epic that follows a young viking prince on a quest to avenge his father’s murder.

It seems that the public really enjoys medieval or fantasy settings in films or tv shows. This can be proven by the numerous amount of attention that shows like Game Of Thrones, or Vikings bring. Not to mention all the viking films and tv shows streaming on Netflix right now. Now, Take famous visionary Robert Eggers who has directed such classics as 2015s The Witch and 2019s The Lighthouse and combine his genius with a movie about vikings. Bam! You just made movie magic.

For people that are unfamiliar, Eggers tends to make movies more on the mysterious and dark side. Most of his films are bound to leave you uncomfortable or feeling moved. The Northman is no exception.

Eggers has once again created some of the best cinematography put to screen. Each shot is meaningful and dark and provides more to the overall plot. Eggers typically sends a message using dark imagery to continue a scene. This is him at his best.

Obviously as you would expect, the acting is top tier. Makes sense given the all star cast they have involved in it. There were a lot of good performances however the audience seemed most attached to Anya Taylor-Joy’s character Olga. Every time she was on screen the whole theater got quiet as if they knew she had something important to say.

The film is incredibly gory, something that you would come to expect by watching Eggers past films. The deaths aren’t anything to brag about but they do serve a purpose in the story.

The imagery in the film has a dark tone to it that somehow makes it more impactful when you watch it on the big screen. Don’t worry, there’s no spoilers here.

When all is said and done, The Northman is a fantastic revenge story that takes place during the viking era. The underlying themes of the movie can be seen in today’s culture. It’s a dark and twisted story that will leave your jaw to the floor by the end.

The Northman is playing exclusively in movie theaters.